This list of summer camp events should get your child excited! From Color War to Crazy Hat Day, Friday Games Day and so much more, our camp is home to some of the most enjoyable and special events around!

Make way for Special Activities Day! Who doesn't love a good, old-fashioned pie-eating contest? What about Backwards Day where everything we do is turned upside down from our normal schedule?

There's so much fun for everyone, and many of the activities and games we play at our summer camp have delighted kids for generations! 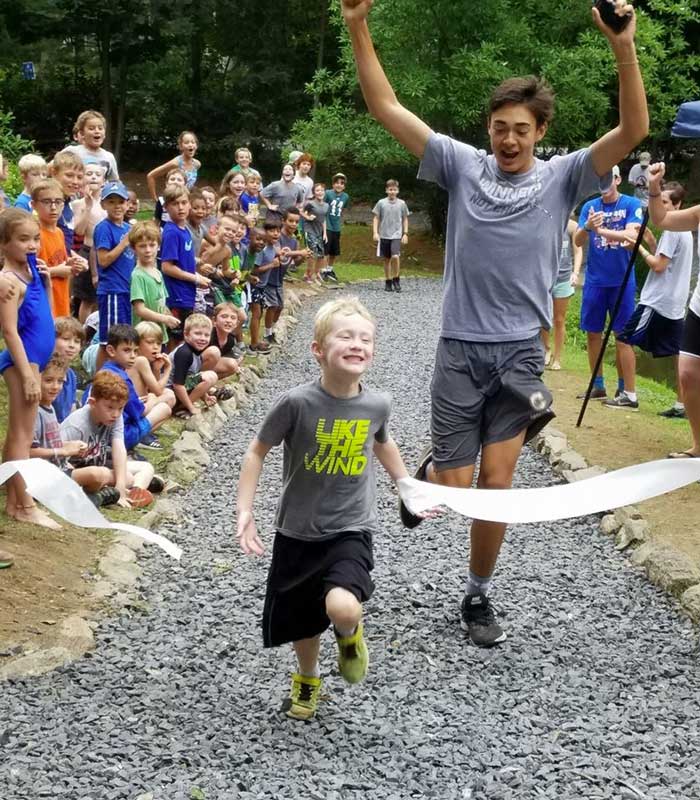 During the 6th or 7th week, camp is divided into two teams which compete in various events within the Lower, Middle, and Upper Camp groups. Tuesday and Wednesday include contests between the Blue Team and the Grey Team in the traditional Anglewood activities including baseball, dodgeball, newcomb, boat races, and various swimming challenges.

Every Friday is special at Anglewood. On Friday, everyone wears their Anglewood shirts and other Anglewood clothing to earn special points for their Friday Games Day Teams. All of the groups within each camp (Lower, Middle, and Upper) join together to participate in Friday Games Day. Special teams are created at the beginning of the season. These teams compete each Friday in special large group games including, dodgeball, baseball, waterpolo, newcomb, and "duck-duck-goose". The highlight of each Friday is an extended period of Capture-the-Flag. Prizes and special treats bring the week to a close. 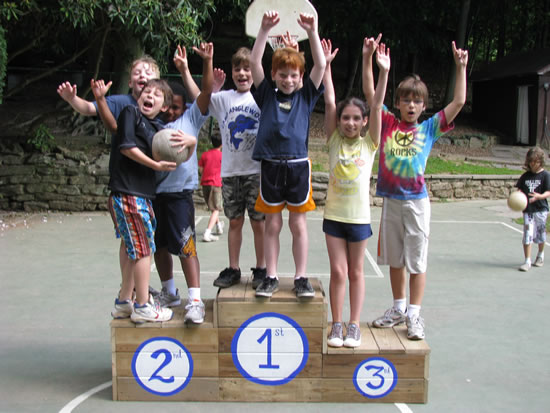 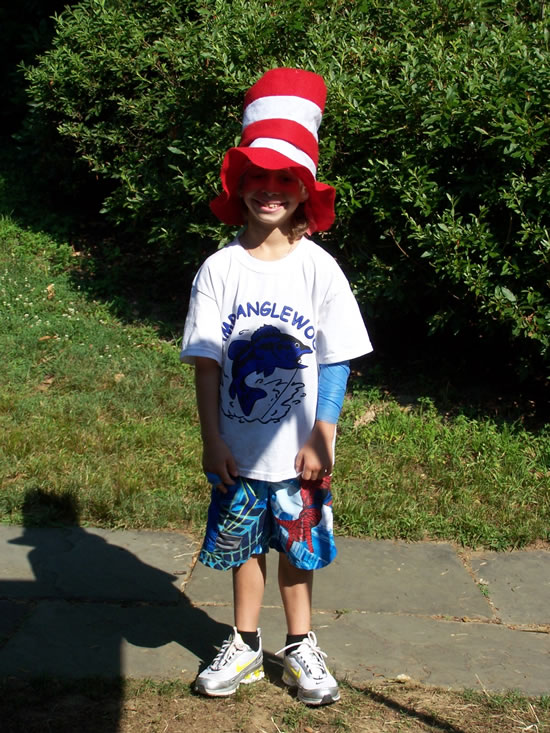 Crazy Hat Day allows each camper to bring in his favorite head gear. Anglewood has seen everything from perfect Cat-In-The-Hats to backwards Philly rally caps.

Backwards Day is a simple fun day when Anglewood goes backwards. Taps starts backwards day. Free period, which is usually at the end of the day, is now the first period. Reveille ends the day. The daily schedule is often typed backwards for all to try to decipher. Campers have been known to walk backwards during the day as long as they can. 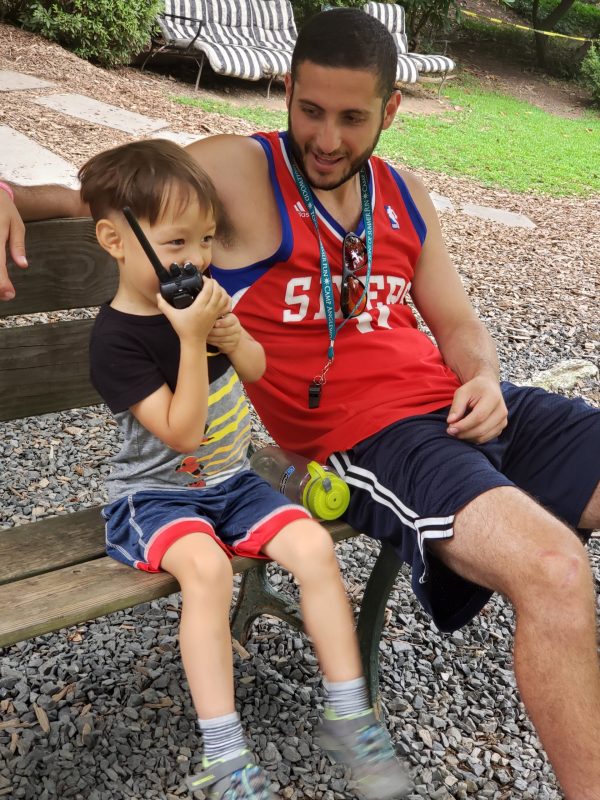 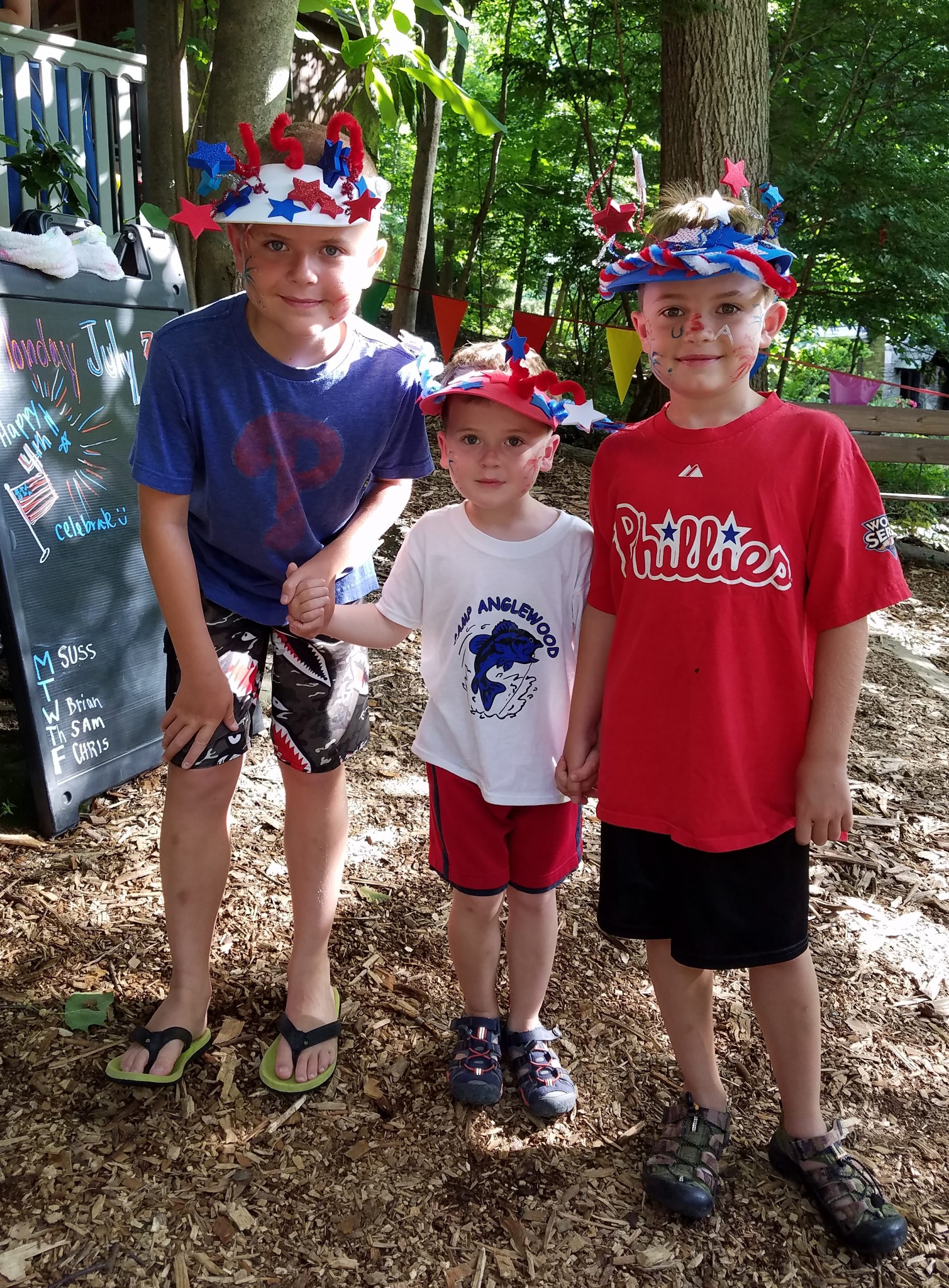 Always the day before the 4th of July. The camper with the best patriotic costume in each group wins a prize.

Water Day is one of the most anticipated special day of the summer season. A hot day is targeted for Water day and its activities keep everyone "cool". Only on this day are campers allowed to bring in their smallest or biggest water squirters and super soakers for use on the upper court and in the pool. Camp provides the water balloons for the balloon toss games. The staff shows off the powerful water balloon launcher with demonstration moon shots over the island into the lake. 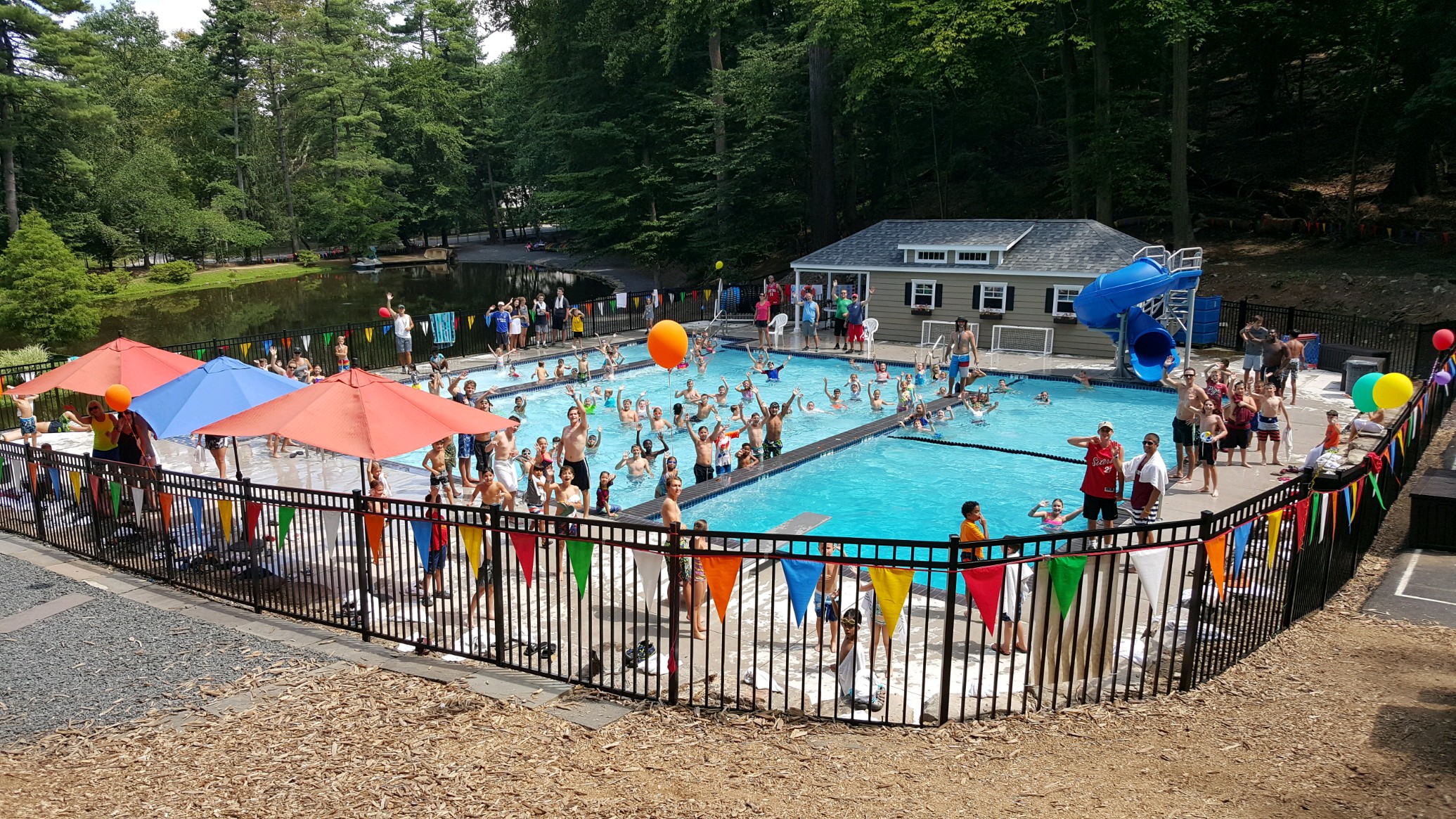 Each week, Anglewood hosts a tournament for all campers. Participation is optional and left up to the individual camper. The most popular has been the Ping Pong Tournament, though the Dodgeball tournament which seeks to promote upper campers teaming with younger campers on special teams has shown growing enthusiasm.  Seedings are developed based on casual games earlier in the season and performance in prior years. Then the competition develops just like March Madness, often with the same excitement.
Other popular tournaments include the Home Run Derby and Fishing Derby as well as the Basketball, Foul Shot, and Archery Tournaments. As demand from campers can change from year to year, there can be all kinds of ad hoc tournaments.  Some past contests include dam building, home made boat races, bridge building, and gockey. The most unique tournament was probably the Gymp Show offering stitch category winners and a "best-in-show" champion!

Watermelon in the pool!

And lots of special treats and prizes.

Call Camp Director Joyce Hill (267-939-4455) to learn more about Camp Anglewood! Call or email us for additional information and to schedule tours of the Camp.
Contact Us